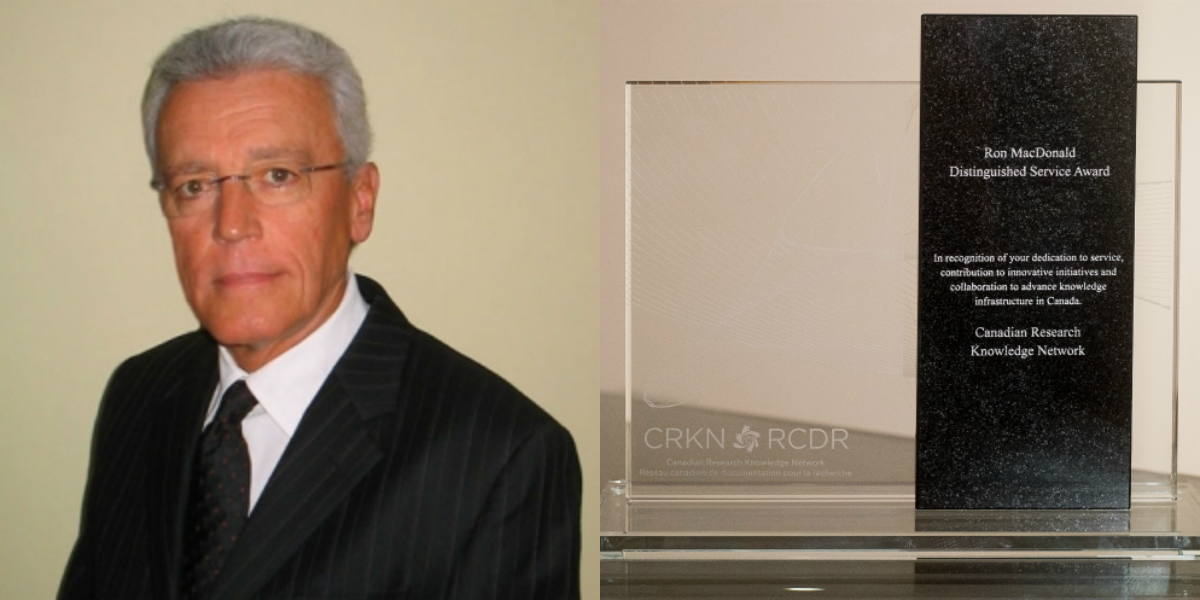 The Ron MacDonald Distinguished Service Award was created by CRKN in September 2008 to honour the late Ron MacDonald. Ron served on the Negotiations Resource Team from the inception of the Canadian National Site Licensing Project in 2000 through to July 2007, and was a key contributor in the development of CRKN’s collaborative programs and services.

The award is intended to recognize an individual within a member institution who has demonstrated vision, dedication and outstanding service in building bridges and collaboration to advance knowledge infrastructure in Canada. The award consists of recognition through an engraved trophy and citation.