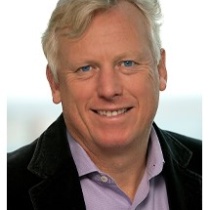 David Miller is the Managing Director of the C40 Centre for Urban Climate Policy and Economy. Miller was Mayor of Toronto from 2003 to 2010, and served as Chair of C40 Cities in 2008‒2010. Under his leadership, Toronto became widely admired internationally for its environmental leadership, economic strength, and social integration. Miller is a leading advocate for the creation of sustainable urban economies, and a strong and forceful champion for the next generation of jobs through sustainability. Miller is the author of Solved: How the Great Cities of the World are Fixing the Climate Crisis (University of Toronto Press).

This session will present a collaborative approach to knowledge dissemination and translation. University of Toronto Press (UTP), C40, and LYRASIS will present the ways through which they are working together to advance the dissemination of the Journal of City Climate Policy and Economy using the Subscribe to Open model.