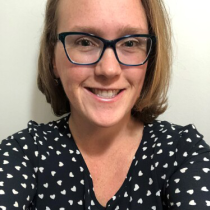 Rebecca Murray is a Senior Archivist in Reference Services at Library and Archives Canada in Ottawa, Ontario. Her initial interest in the contributions of servicewomen in the Second World War was inspired by her grandmother's service in the Royal Canadian Air Force's Women's Division.

The Second World War (SWW) was the first time women officially served in the Canadian military in capacities other than nursing, breaking into roles historically held by men. A multi-year project to index an accession of government photographs from the SWW era in an effort to identify servicewomen began in 2018 as an effort to help family members identify their ancestors in photographs held at Library and Archives Canada. This presentation will describe the project with a focus on the outreach component which has in turn lead to opportunities to engage with women veterans and the general public through transcribing text and tagging images using LAC's crowdsourcing tool: Co-lab.