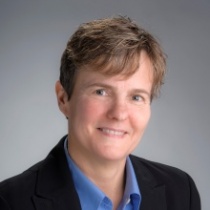 Gwen Bird has been Dean of Libraries at Simon Fraser University since October 2014. Previously, she served as Executive Director of the Council of Prairie and Pacific University Libraries (COPPUL) from 2011 – 2014, coordinating collaboration between western Canadian university libraries. During this time she was active in the International Coalition of Library Consortia (ICOLC), and the international shared print archiving community.

Prior to her appointment at COPPUL she was Associate University Librarian, Collections and Scholarly Communication at SFU, with overall responsibility for collections management, the acquisitions budget, and licensing of electronic resources. From 2003 – 2008 she was a member of the Content Strategy Committee at CRKN (then the NRT). Gwen's research and professional interests include shared print archiving, library collaboration, and collections management.

A Toronto native, Bird earned an honours BA in English at Cornell University in Ithaca, N.Y. in 1986, followed by a Master of Library Science at the University of British Columbia in 1992.

Making the Connection Between Digitization Strategies and Collective Print Initiatives

Document
Download
Over this last year, expanding access to research through digitization has become an increased priority as in-person access to collections was restricted. How have digitization priorities at the institutional, regional, and national level shifted and how can we work together to meet ambitious digitization goals? This session will also provide a brief overview of the links between digitization strategies and collective print initiatives to brainstorm future opportunities. In addition, a discussion regarding gaps in digitization infrastructure and capacity will be convened.

Document
Download
After an exciting year of collaboration, please join CRKN and its partners for a lightning round session to update the membership on the status and future directions of shared initiatives. Partners will present an overview of ongoing initiatives and projects, as well as a look to the future. This session will include a question and discussion period at the end to explore how to expand and extend partnerships.